A LEGACY BEYOND FOOTBALL

A COMMUNITY-LED LEGACY FROM TORUS

Melwood has been at the heart of West Derby for decades. A place where footballing legends were born and from where Liverpool has dominated the world.

Our vision will celebrate the heritage of Melwood but look firmly to the future, opening the door to a legacy that the entire community can benefit from.

We want to work closely with the local community to shape our vision and bring it to life.

Torus is a leading housebuilder and landlord with deep roots in Liverpool and West Derby. We specialise in delivering the right homes in the right places to support economic growth and regeneration.

With a focus on collaboration and place-making, we build homes that enhance local communities and leave positive, long-lasting legacies.

100% of the profits generated from our developments is invested back into our charitable arm, Torus Foundation, to provide services that improve wellbeing, skills and quality of life.

EXAMPLES OF OUR DEVELOPMENTS 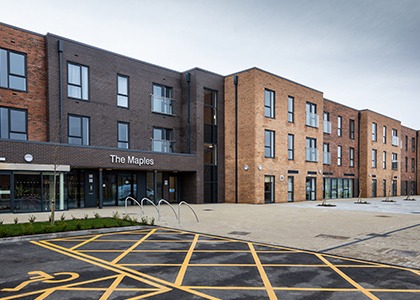 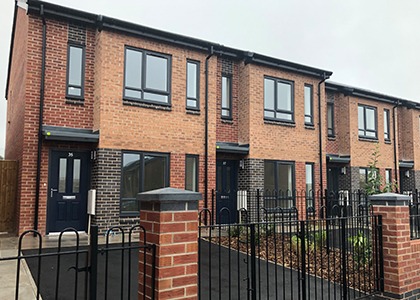 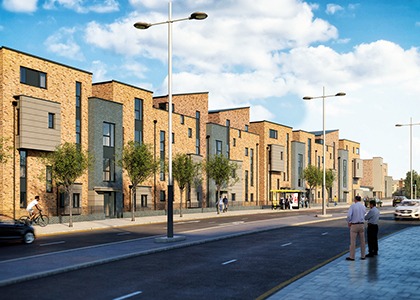 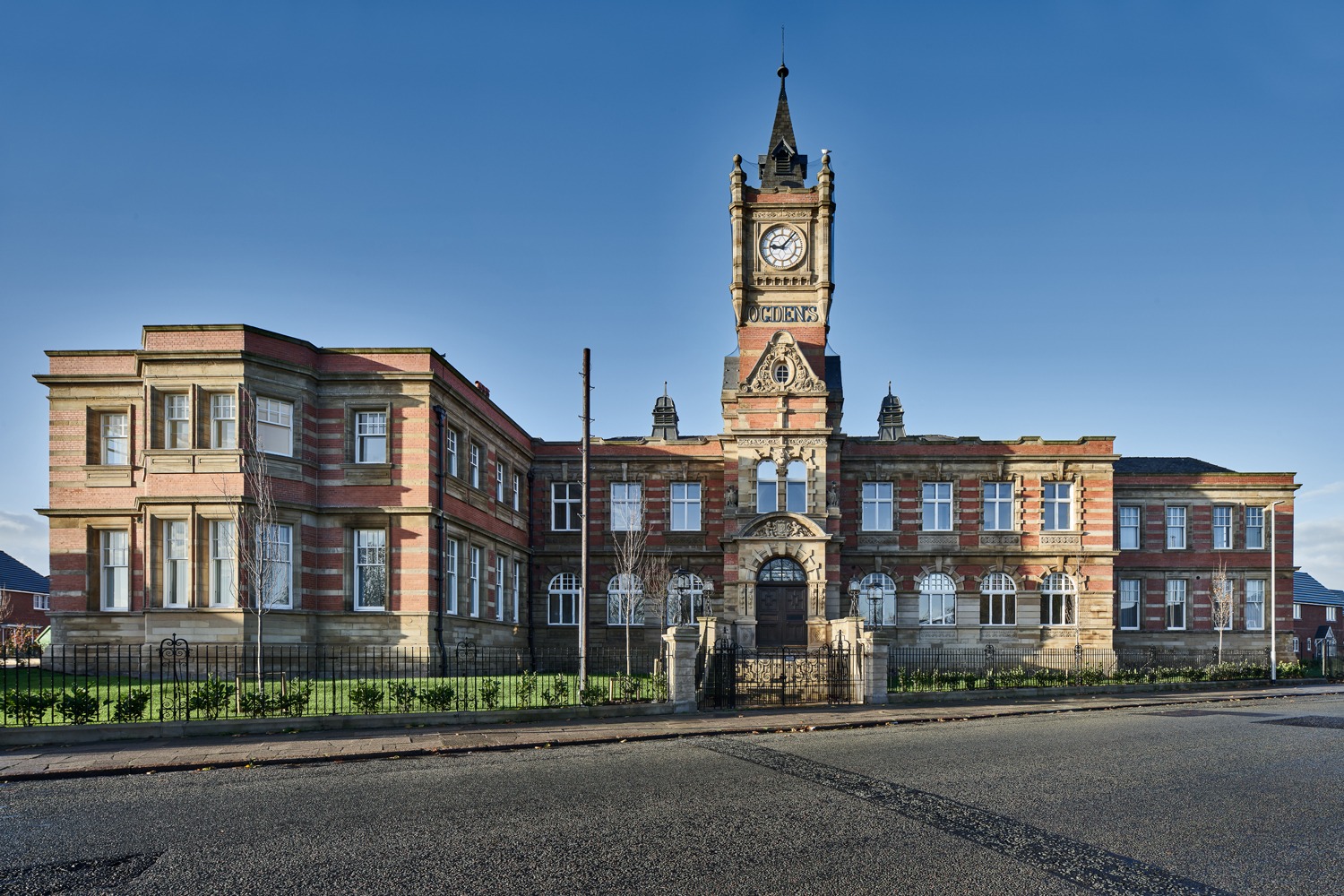 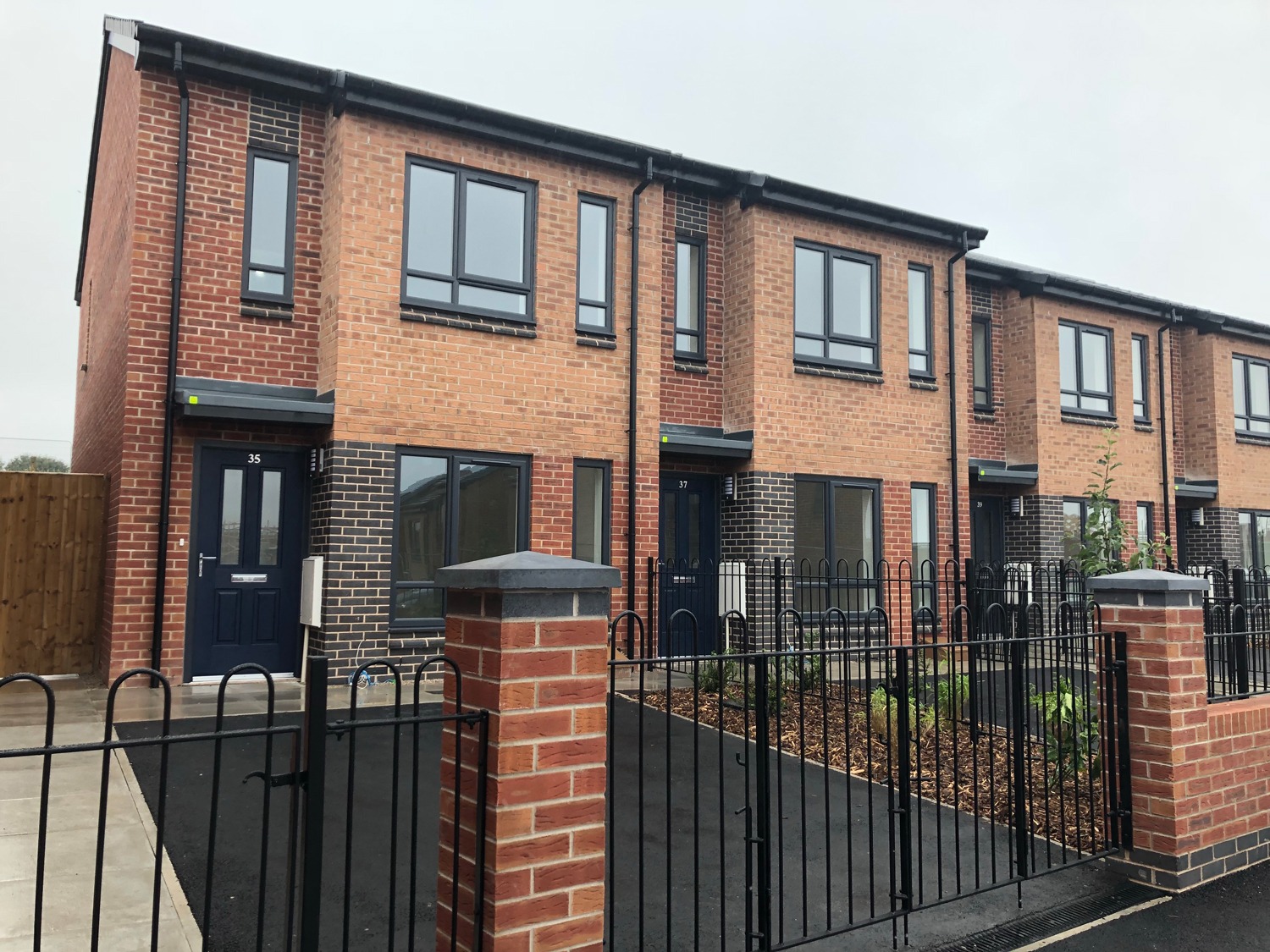 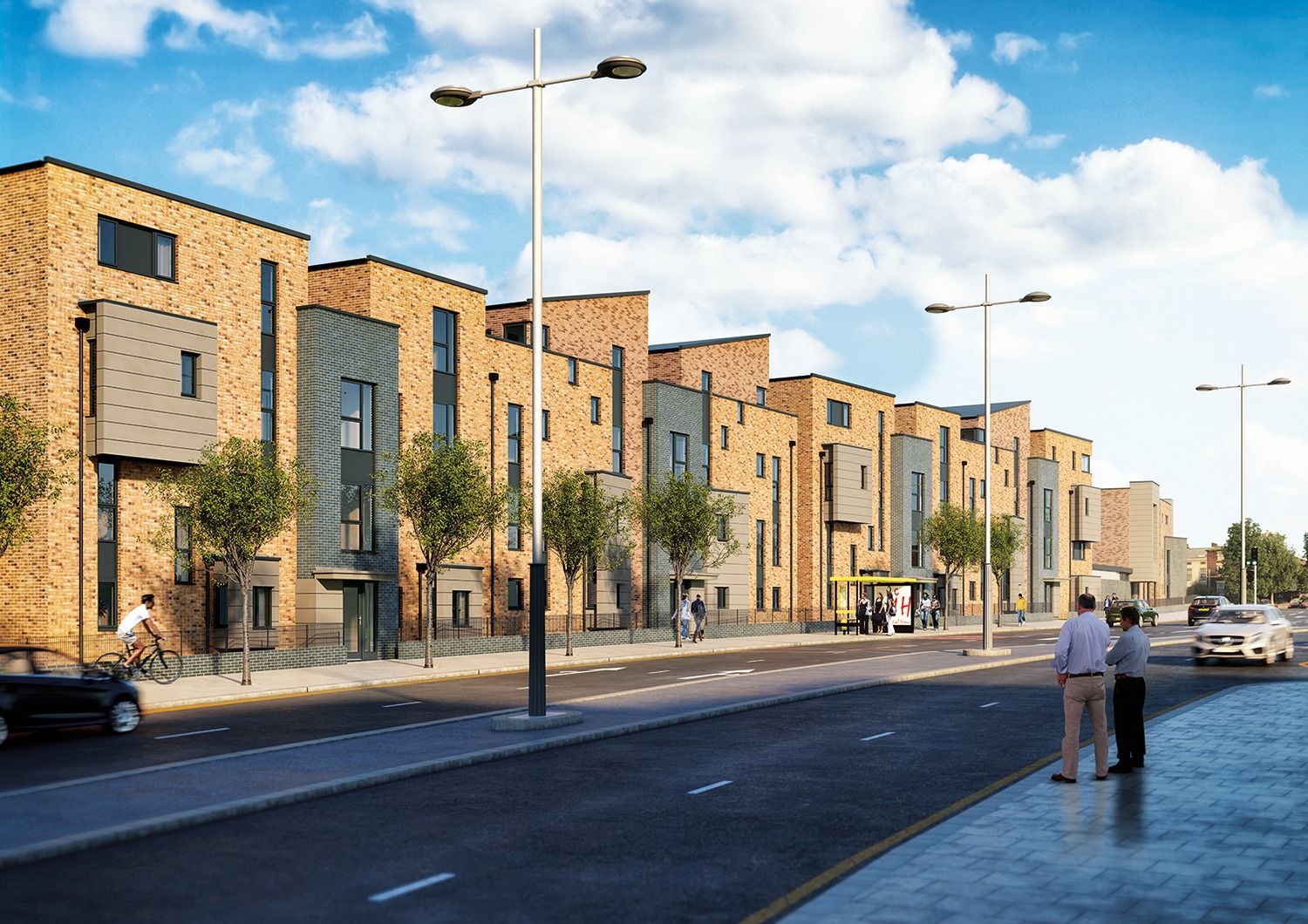 The final whistle has blown on the second half of our community consultation and we’d like to thank everyone who took part and contributed their thoughts and ideas.

To launch the second round of consultation, we published three videos that responded to key themes that arose in earlier stages of consultation. These were:

A New Look for Melwood 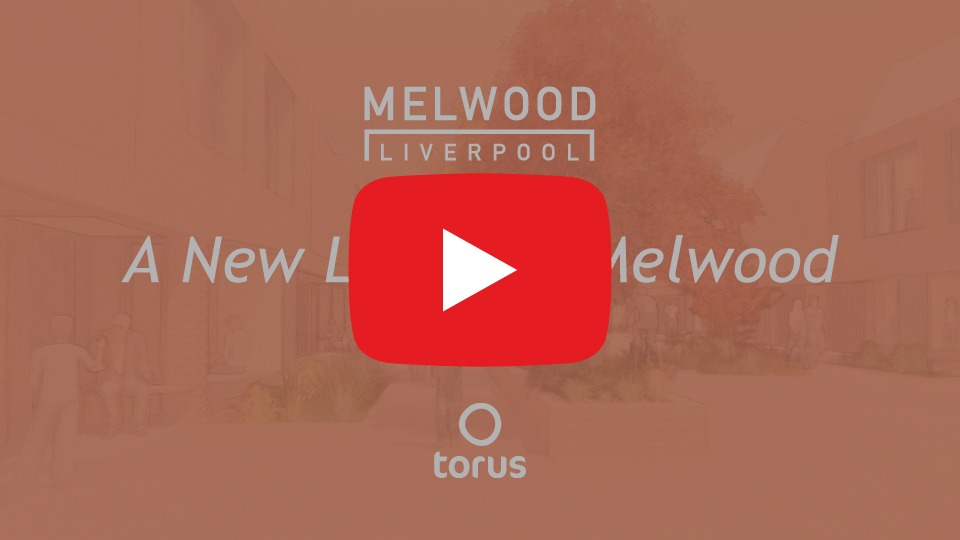 Outdoors and the Environment 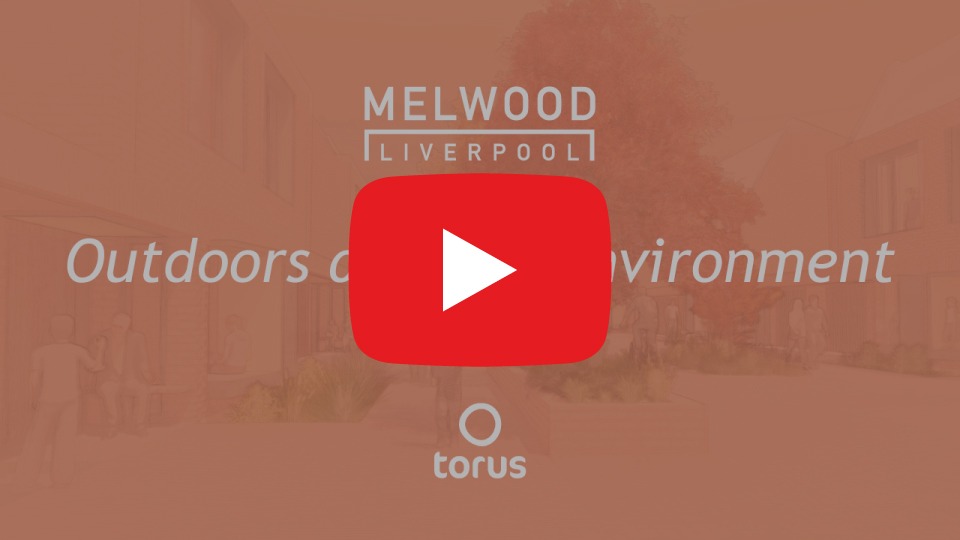 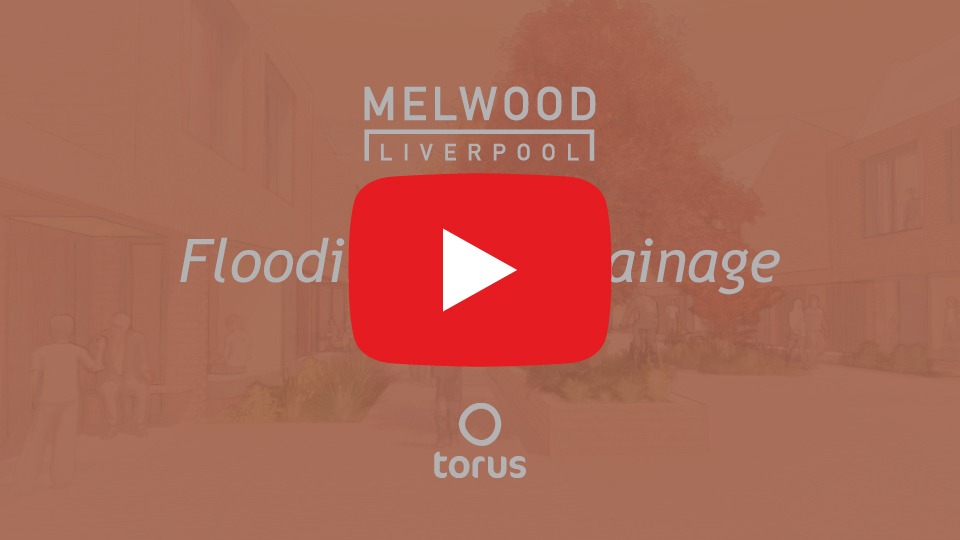 Respondents were then able to share feedback via the website itself or via phone sessions with local, independent, consultation specialist, We Make Places. From conversations We Make Places had with the people of West Derby, the following were identified as important issues to you:

We continue to work closely with the Liverpool City Council Highways Authority to look at how we can minimise any impact the redevelopment of Melwood will have on local infrastructure and residents, as we understand that building a housing-led scheme at Melwood will likely increase traffic levels and ultimately, congestion levels.

Also, we are working closely with a number of experts and a Traffic Consultant so the site is designed in a considerate way that actively works to reduce impact and pressure on key driving routes around the site.

As a future-focused Group, we are committed to reducing carbon emissions across our heartlands so will also be looking at how Melwood compliments and promotes low-carbon and public transport options.

We understand that flood risk continues to be a concern across West Derby and are continuing to work with specialists to understand how the redevelopment of Melwood could actually lessen and even improve flood risk around the site.

Sustainable Urban Drainage systems (SUDs) have been incorporated into the site and further information about our plans is available here.

We are actively working to mitigate, manage and prevent flooding at Melwoof within our designs.

As with the first round of consultation, We Make Places compiled a report listing all feedback provided and you can view a copy of this report below.

We are delighted to announced a new partnership with the Fowler-Carragher Academy and Steve Parry’s swim! which will see the existing Melwood building and its facilities retained and opened up to the public.

This is an exciting opportunity for the people of West Derby and the wider Liverpool region as Melwood will be opened to the public like never before and give young people the chance to learn, grow and socialise, as well as local people access to world-class facilities.

Melwood will be a health and wellbeing hub, as well as an educational institution, and will benefit the local area for many years to come, unlocking unique assets for the community and setting the standard for how a housing-led scheme can positively impact peoples’ lives.

As with the first round of consultation, We Make Places compiled a report listing all feedback provided and you can view a copy of this report below.

We once again have responded directly and openly to any questions asked by community members and all responses can be seen by clicking the button below. If you require any further clarification on any points raised, please contact consultations@torus.co.uk

CONSULTATION QUESTION RESPONSES: THE SECOND HALF

To remain transparent, you can still access We Make Places report from the first round of community consultation and our subsequent responses below:

During the first round of consultation, the below themes were communicated to us as key concerns:

This area of West Derby has not always been a residential area and since the turn of the century has grown exponentially in line with the increased demands of an ever-growing population. We understand that this growth has brought with it challenges – namely an increase in number of cars per household, increased traffic levels and ultimately congestion.

As a future-focused Group, we are working with experts to conduct a thorough, up-to-date survey of traffic in the area. When designing proposals for the site, we will aim to reduce pressure on existing routes as much as possible and will be including ample parking spaces into the development’s design, as well as incorporating multiple access points and routes through the site to improve the flow of traffic, especially at peak times.

As a Group, we are committed to reducing carbon emissions across our heartlands so will be actively designing the site with public transport and low-carbon transport options in mind.

We are also exploring housing options which are tailored to the needs of individuals who typically don’t own vehicles, such as housing for older and more vulnerable individuals.

We understand that flood risk is a concern across West Derby. We have already employed a technical team to review and assess the site so that any development built doesn’t add to this problem further. We are currently exploring self-contained and sustainable draining options, which we would look to incorporate into the final design for the site.

We will also be conducting our own, up-to-date survey of the area to mitigate this risk from the outset of the development.

Consultation is at the heart of any project we undertake and since buying the site in August 2019, we have been talking to residents of West Derby, local Councillors, organisations and businesses to understand the challenges felt by the people who live and work in the area.

As such, we are working to design the site to alleviate pressures on services such as GP Practices, local schools and public transport links and to provide opportunities to enable improvements to public services where we can. We don’t know what this will look like yet but are exploring multiple options such as incorporating self-sustaining Extra Care units on site or creating homes for first time buyers, young professionals or downsizers without children or long-term health conditions. By developing a range of housing options, we will work to reduce pressure on local services.

Currently, the public does not have access to Melwood facilities and the site, as it stands, is inaccessible to the residents of West Derby. We are working hard to understand how these facilities could best be used by the community and are having exploratory discussions with several groups and organisations.

Whatever the extent of existing facilities that are retained, we are keen that the development will be of significant benefit to the local community and could increase access to green space, health and wellbeing opportunities and create a sustainable new environment on the site.

We understand the opportunity the facilities available on-site present so are also open to hearing from organisations who wish to submit a proposal for how to use them as part of this new development.

With respondents in support of using the existing facilities to support health and wellbeing initiatives, enterprise and training programmes we are exploring multiple ways to retain the building in some form.

Throughout consultation, it became apparent that there was a real need for certain accommodation types that are under provided for in the area. Bespoke housing options for older people could be beneficial to the redevelopment of Melwood, due to demographic and the lack of provision in and around the area.

As a Group, Torus is committed to creating housing solutions for older and vulnerable people to respond to the needs of our ageing population, locally and on a wider basis. There is a distinct shortage of Independent, Supported and Extra Care Schemes across North Liverpool and the North West.

You also told us that homes for younger people, first time buyers and downsizers are needed in Melwood as residents would like access to private greenspace, a smaller home that is easier to maintain or the chance to get on the property ladder. This supports our own market research.

Melwood could be an opportunity to help people across West Derby and beyond get onto the property ladder and build a community which works for everyone. As a Group, we build great homes everyone can enjoy, no matter their stage of life, and know this development could be an example of modern, inclusive living centred on community.

We want Melwood to become a multi-generational community which provides people with the opportunity to own the home they want, live as independently as possible, for as long as possible and to be part of a thriving local community.

Through Community Consultation, it became apparent that respondents want the development of the site to be environmentally friendly, to incorporate greenspace and to reduce reliance on cars. We want to create a development focused on people that has a positive impact on health and well-being and creates a sense of community.

Alongside this, we are investigating different sustainable, on-site drainage solutions which will reduce pressure on local infrastructure.

With green options for the design being discussed with the site’s architects, sustainability and the environment will be at the heart of the redevelopment to ensure it is a place that supports the local environment and becomes a future-focused development.

THE FUTURE OF MELWOOD: DESIGN CONCEPTS

We are a responsible developer and as such, are working to ensure Melwood impacts your community positively for many years to come, which is why the following key principles will underpin the development:

Please note, anything presented at this moment is purely conceptual. Nothing has been decided and nothing will be until we hear from YOU

Dedicated consultation website is launched to collect the community’s views

Torus to take over Melwood site

We understand what Melwood means to West Derby and we want to make sure that its heritage is never forgotten. We’re working closely with We Make Places, a Liverpool based Community Interest Company, to capture memories of Melwood as part of a living heritage project.

Register your email address to receive updates on Melwood.

Thank you to everyone who has taken the time to share their thoughts and their Memories of Melwood. We’ve had 37 responses so far and will be incorporating your views into our plans.

A lot of feedback we have received so far has focused on preserving the site’s legacy and your Memories of Melwood. Please be assured all your views and suggestions will be incorporated into our plans moving forward. 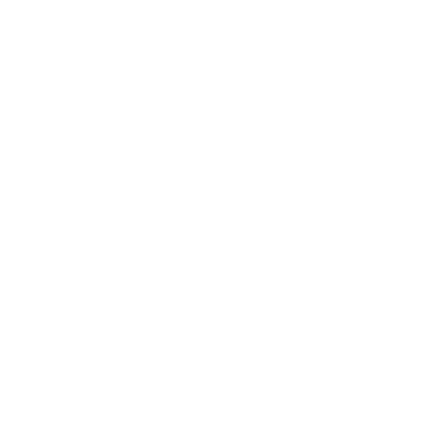 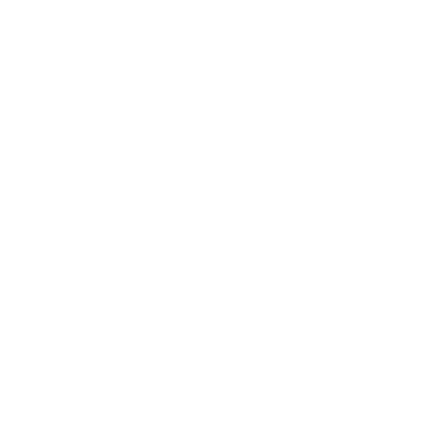 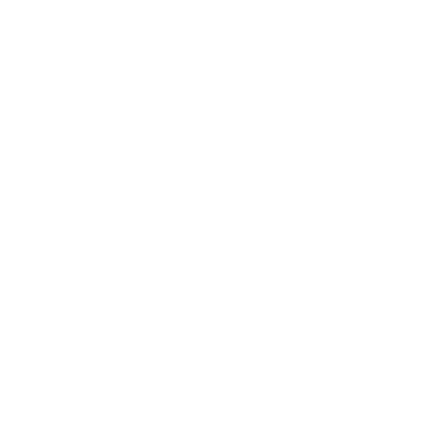